Stay Strong For Us for a While Longer

Florence Nightingale’s Lessons for a Pandemic

The Crimean War was memorialized in two famous poems. The Charge of the Light Brigade by Tennyson recounted the attack “into the valley of death” by heroic soldiers who were commanded by misinformed and incompetent leaders.

Santa Filomena by Wordsworth sparked the legend of Florence Nightingale as the Lady with the Lamp who cared for those brave soldiers – often in the face of resistance from their misinformed and incompetent superiors.

Bemoaning the ineptitude of her military leaders during that war Queen Victoria was heard to say, “I wish I had Florence Nightingale in the war office.” As our nation has been battered by COVID-19, we might also have wished to have had someone like Florence in the White House.
Florence is best remembered for having established nursing as a true profession during her two years at the Scutari Barrack Hospital. Less recognized, but ultimately as important, was her role as architect of the modern hospital (for more on this, download the “Legacy of Florence” white paper below). She also developed fundamental principles of disaster management that are still employed today, including medical triage and rapid supply deployment.
A recent report by NurseGrid and AORN (“The Pandemic’s Toll on Nursing,” January 2021) found that nurses are more than twice as concerned about burnout and their own mental health than they were last April. The leadership lessons of Florence Nightingale for crisis management have never been more important than they are today, including these:

Foster courage: Florence said, “How very little can be done under a spirit of fear.” This is such an imperative leadership duty that Dr. Bob Dent and I published the article Everyday Courage for Extraordinary Times in the current edition of Nursing Management – download the full article here.

Proceed Until Apprehended: In her book Nightingales Gillian Gill wrote that Florence was able to turn around the catastrophe of the Scutari Barrack Hospital because of her “willingness to cut through red tape and take boldly entrepreneurial measures.” In today’s VUCA world (volatile, uncertain, complex, ambiguous) we need leadership in every corner, not just in the corner office.

Be there for your team: Like the fictional Gandalf the wizard in The Lord of the Rings, Florence was known to show up where she was most needed but least expected. The nightly rounds that earned her the sobriquet “lady with the lamp” were the forerunner to MBWA (management by walking around) and purposeful rounding. As a leader you need to gown up, mask up, and show up where you are more needed and least expected.

Earn loyalty by being loyal: One of the little known facts about Florence is that upon her return to England, the first thing she did was try to help each of her nurses from the war find employment back at home. She spent much of the next five decades tirelessly working for better healthcare for soldiers and veterans. When she died her coffin was carried by octogenarian veterans of the Crimean War who 50 years later still idolized their lady with the lamp. She earned their loyalty by first giving her loyalty to them.

Little things are big things: There was often little Florence could do for the dying soldiers under her care – but she could massage their feet. Many years after the war, family members of an old soldier were going through his possessions after his death. They found a shriveled old orange the size of a walnut wrapped in a note that said “given to me by Florence Nightingale.” The simple gift of an orange meant more to this poor bloke who had taken a bullet for his queen than did all the ministrations of the doctors who had amputated his limb.

Manage your emotions: In his book The Hard Thing About Hard Things entrepreneur and venture capitalist Ben Horowitz wrote: “By far the most difficult skill I learned as CEO was the ability to manage my own psychology. Organizational design, process design, metrics, hiring, and firing were all relatively straightforward skills to master compared with keeping my mind in check.”

Florence certainly would have understood. In what one eyewitness called the “vast field of suffering and misery” that was the Scutari Barrack Hospital, Florence worked very hard to maintain a positive mindset in the face of the squalor, disease, and death that she saw all day every day. Like her, as leaders we must stay positive to help our colleagues sustain their courage and confidence.

Florence is still relevant: In his definitive biography Florence Nightingale: The Making of an Icon Mark Bostridge wrote: “One does not have to look far today to see that many of Florence Nightingale’s greatest concerns remain ours too… If we were to derive one simple lesson from [her] life and work, it would stem from this single unifying thread: that society has a collective responsibility for the health of all its members.”

The reason that nursing has, for the nineteenth year in a row, been rated as the most highly trusted profession is that nurses have honored the Nightingale legacy by caring for all of society’s members. Including during the current pandemic.

Note: Our supply of tenth anniversary edition of The Florence Prescription is nearly sold out. The book will continue to be available on Amazon. I will be publishing a new 2021 edition with an extended introduction concerning the coronavirus pandemic in time for Nurses and Hospital Week in May.

Stay Strong For Us Project

The Covid19 crisis has brought out the best in caregivers in hospitals, nursing homes, and clinics around the world. It has also left many battered and exhausted – and the fight is not yet over.

That’s why Values Coach is launching the Stay Strong For Us project next month. This eBook and website will include messages of hope and encouragement from healthcare leaders and thought leaders plus great strategies for personal resilience and recovery.

We are covering the entire cost of this project – there will be no charge to organizations or individuals. If you would like to be notified when we go live simply contact me at Joe@ValuesCoach.com with Stay Strong in the subject line and I’ll take it from there.

Because we still have miles to go before we reach that light at the end of the tunnel, we need you to stay strong for us!

Energize and motivate your staff with an ongoing infusion of inspirational ideas and strategies. Now, more than ever, investing in your team will help them navigate today’s challenging world with courage and determination. 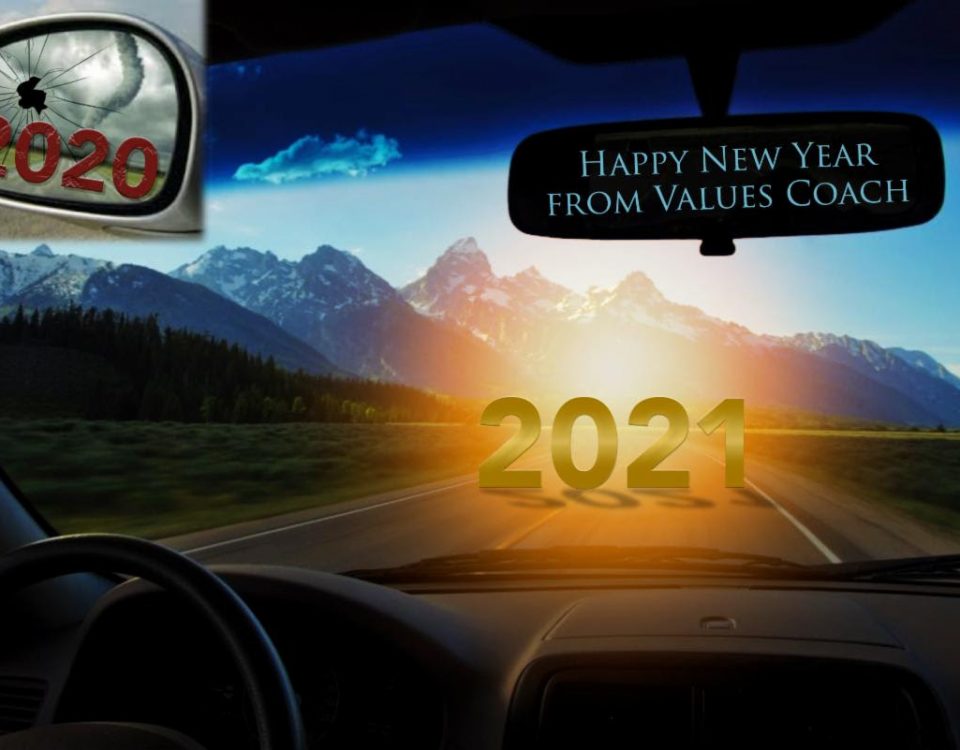 Three Important Resources for a Better 2021